Spending the morning to noon in Old Delhi visiting Jama Masjid and the Red Fort. There’s so much to see in the previous hot spots, but my body need food. There’s some options best found in Chandni Chowk, one of the oldest and chaotic markets in Old Delhi.

The market came to be and expanded by the Mughal Emperor at that time, Shah Jahan, by the 17th century AD, at the time become the center of the capital city of the Mughal Empire, Shahjahanabad.

Chandni Chowk or Moonlight Square is named as such because it was designed by Shah Jahan’s daughter, Jahanara Begum, with square shape with a pool reflecting moonlight but unfortunately it was close today. Chandni Chowk is divided into three streets: Lahori Gate to Chowl Kotwali, Chowl Kotwali to Chandni Chowk (previously named Johri Bazaar) and Chandni Chowl to Fatehpuri Masjid called Fatehpuri Bazaar.

Chandni Chowk is famous for its food, which what I come here for lunch. 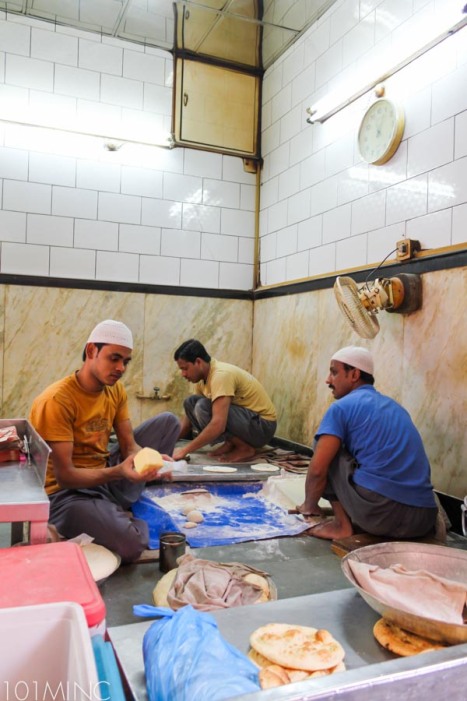 The naan is still made with traditional means and the naan is fantastically big and cooked in a variety of oven called tandoor. In authentic Mughal cuisine, Karim’s restaurant, tandoor is made of metal that also cooked the tandoori chicken. The flatbread starter is made by hand with flour, yeast and milk. They made the flatbread softer and delicious, a bit salty with butter (ghee) even for the plain naan. The Tandoori chicken, cooked in tandoor oven, is the type of curry made of yogurt, garam masala, garlic, ginger, cumin and cayenne pepper. I take mine mild hot since it can get really spicy.

After the late lunch, I might be a little lost. Miss a lot of stores and the landmark market architecture. In honestly everything is in chaotic mess with the expansion, congestion in people and traffic, but everything works as it should be for the locals to make money and have a life. There are some interesting photos even when I got lost and didn’t find most of the hidden gems.

Children playing before the festival of colors in a few days time.

Speeding even in narrowed street with loads of bags. 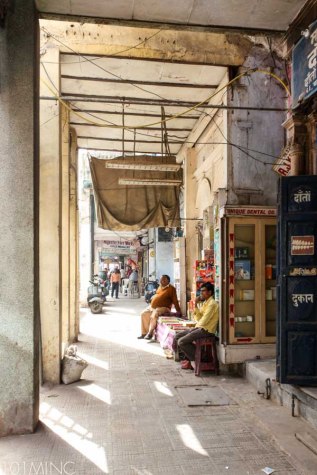 The market place in several locations. 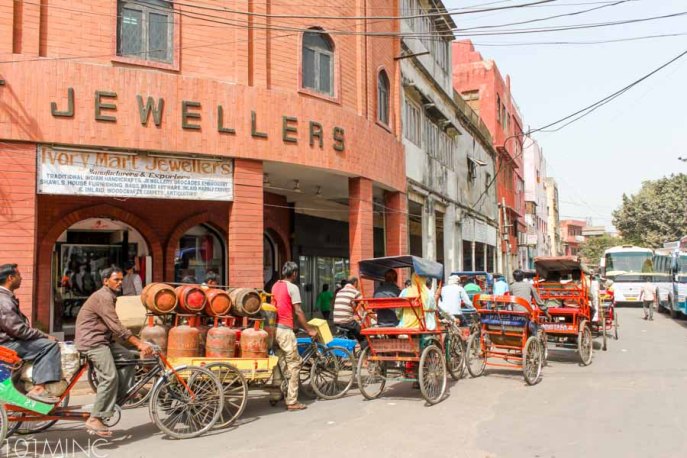 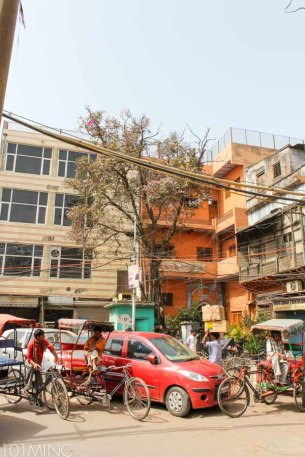 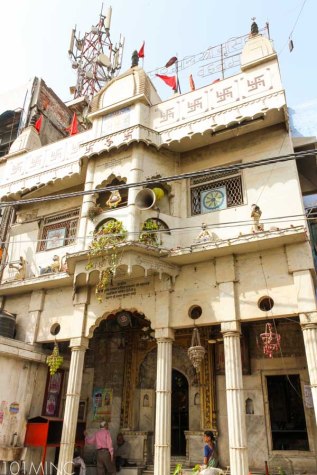 The many style of buildings and architecture with old world ‘charm’ in various state of disrepair. 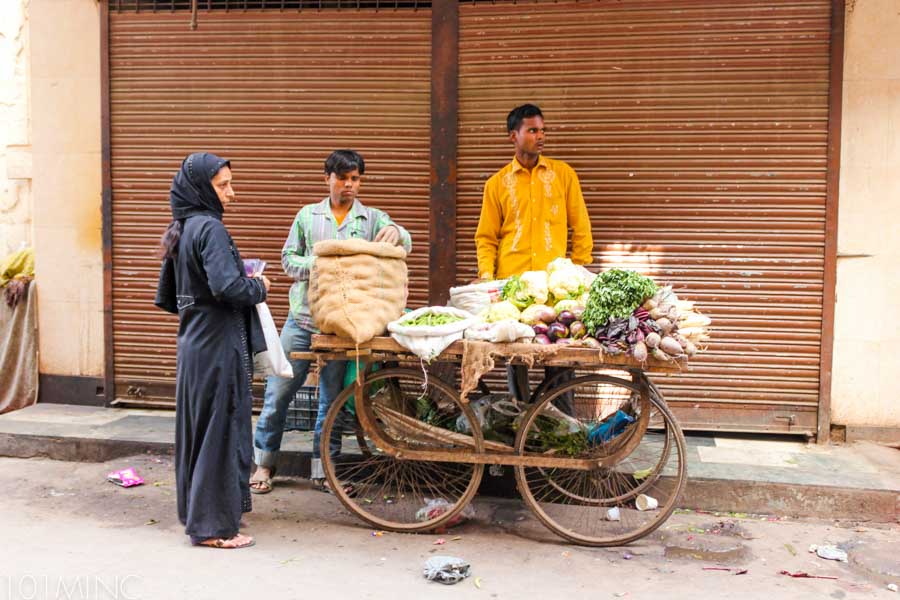 And old lady in front in the apartment building stair.

The movement! The Colors! My favorite is all the types of women’s clothing and I love sari/saree fabrics. Wonderful vibe and chaotic everywhere.

Time sure fly fast. I didn’t get to see these lovelies since I promise Kamala to have dinner with her tonight. Perhaps next time I can get to see Shri Gauri Shankar Mandir (श्री गौरी शंकर मंदिर), the white temple dedicate to Lord Shiv and Parvati and Shri Shiv Navgrah Mandir Dham (श्री शिव नवग्रह मंदिर धाम) dedicated to Navagraha and Lord Shiv. 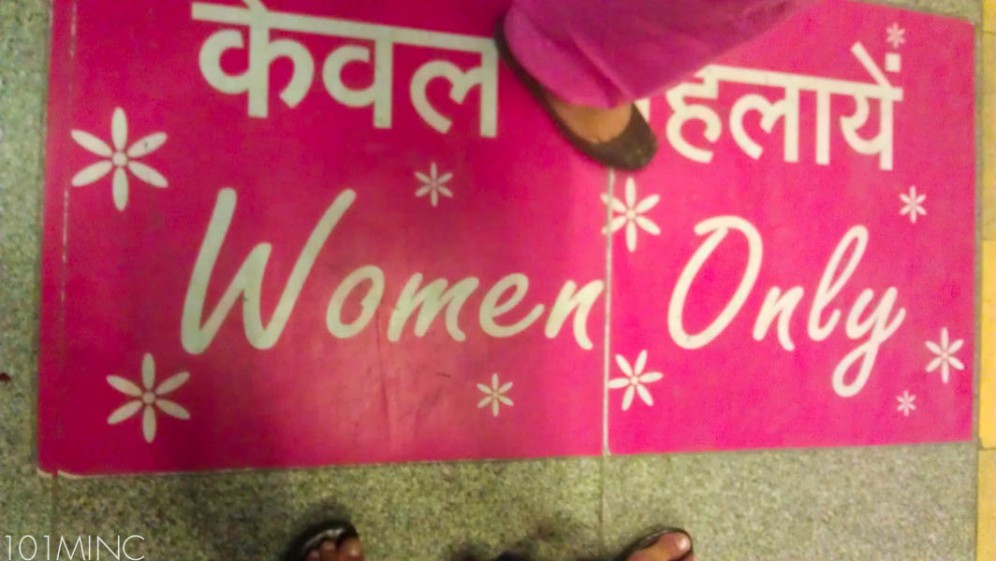 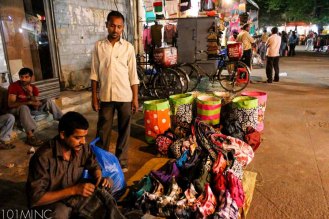 Kamala took us to a night market near her home. We have dinner as well and she took me to a Sari store because she knows I like them. Bought a green tosca color set in a cheaper range since this is still early in my trip (300₹). Kamala also advised to buy cheap shirt and pants for Holi festival because it’s going to be wild! (35₹)

All in all, it was a stressful day but have good photos find and new experience with scents and chaos in different measure hahaha.