We go back to Old Town Lijiang (丽江古城) from watching the Impression of Lijiang (印象丽江) and Jade Dragon Snow Mountain (玉龙雪山). From there, we take the bus #6 (2 CYN) to Baisha (白沙) Village. We only found out we can rent a bike to go there because it’s close. 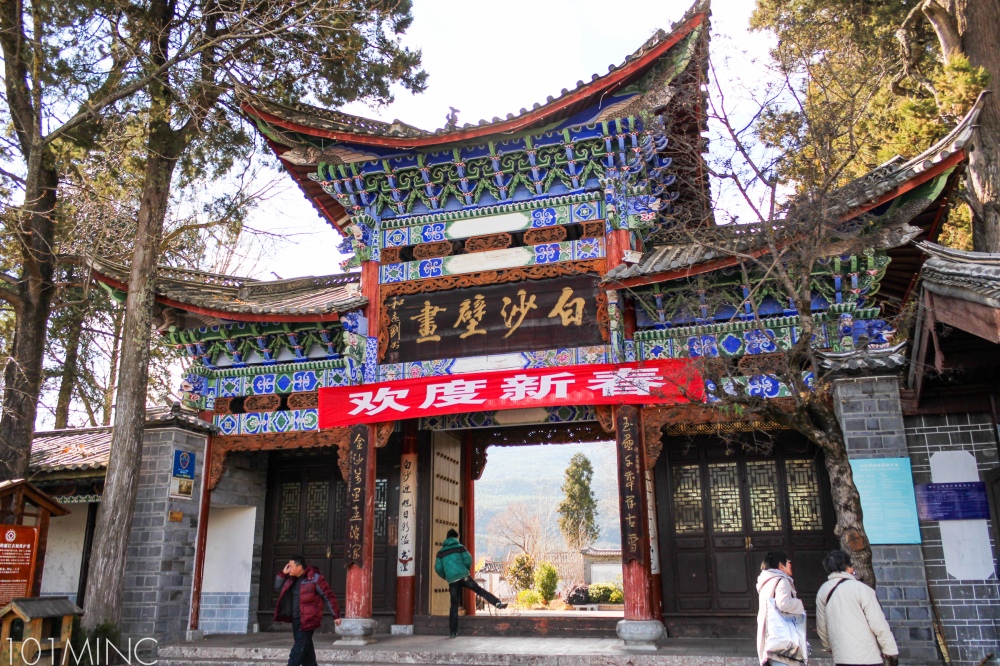 Naxi (纳西族) established the village with proper structure including the fresco paintings, murals and architecture of the Han (汉族) people.

The village is famous for the murals/fresco carved in the Ming Dynasty painting from Taosim, Buddhism and Tibetan Buddhism. 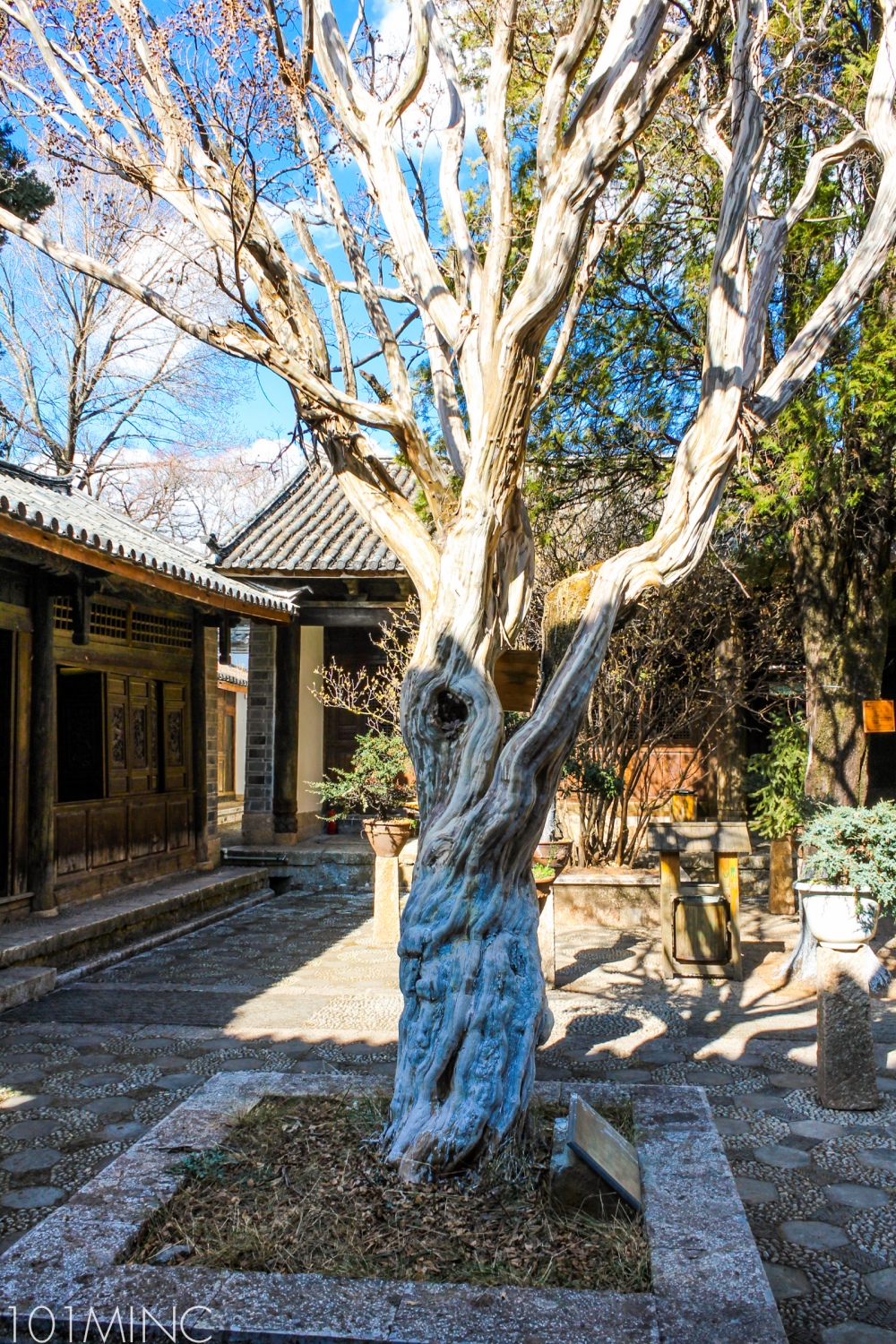 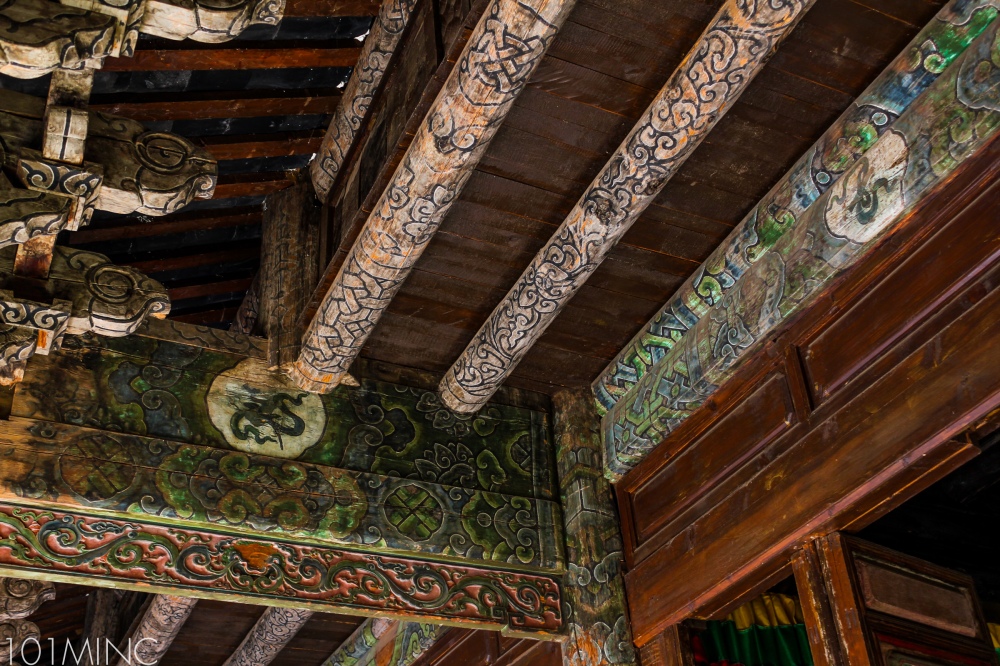 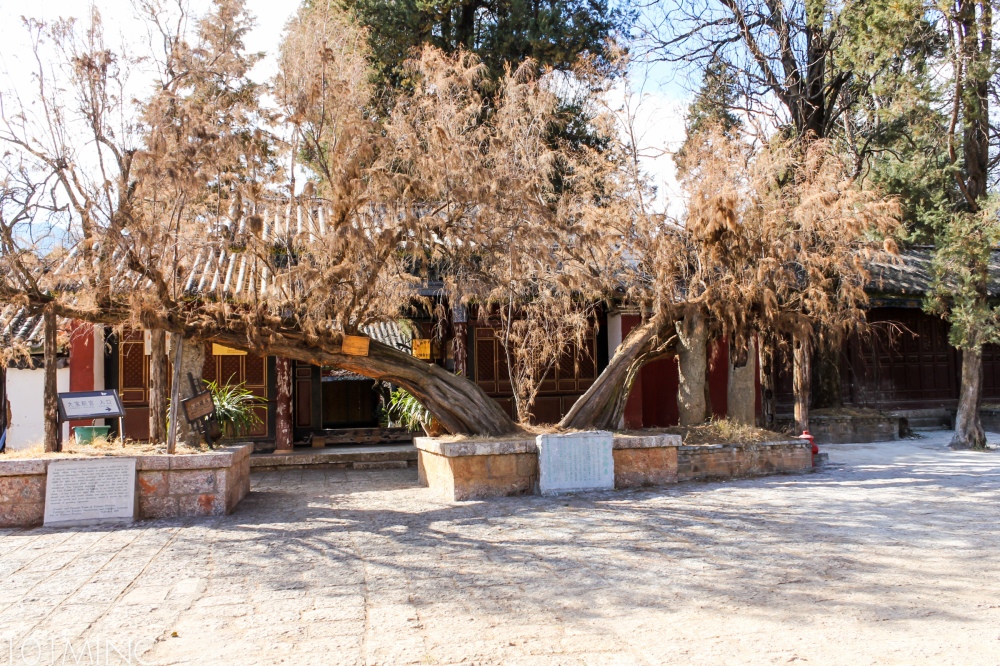 Tamarix chinensis or fern leaf hedge willow. The tree is 500 years old and the eldest willow in china with 8 meters high and leans to north and south. 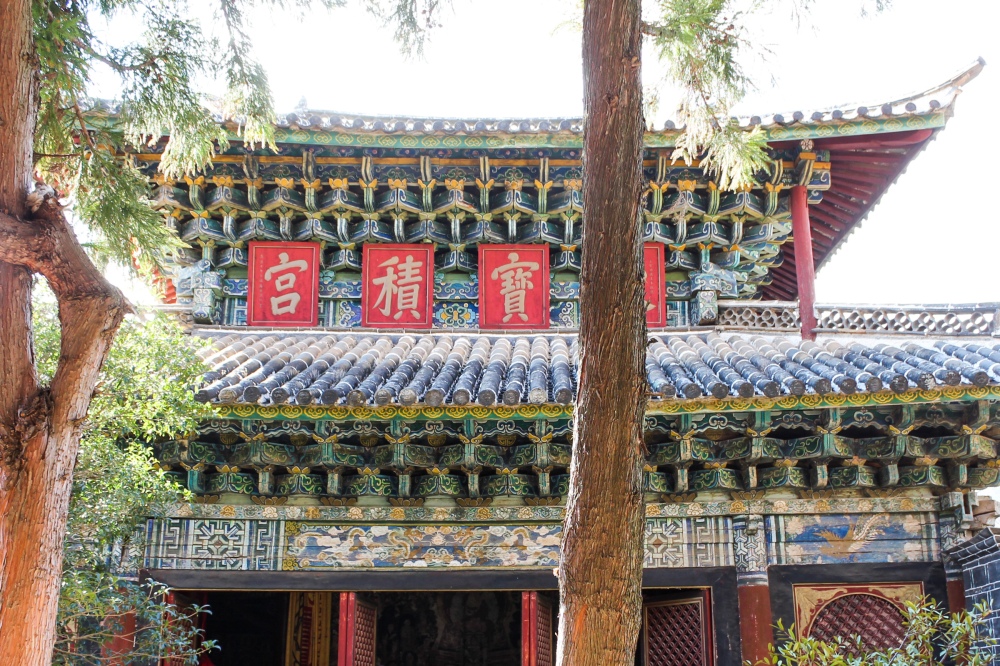 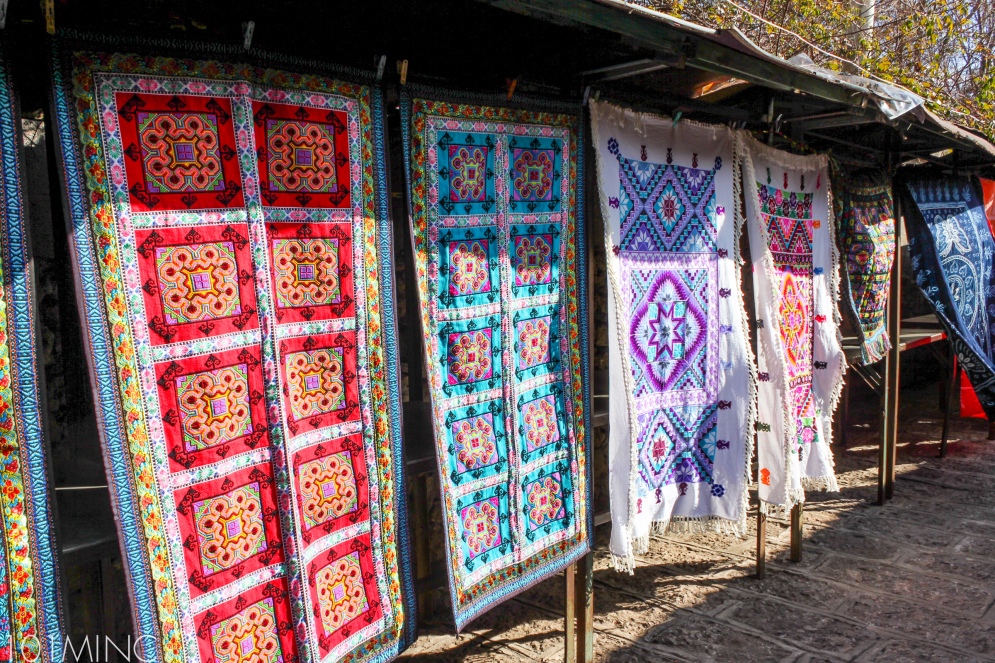 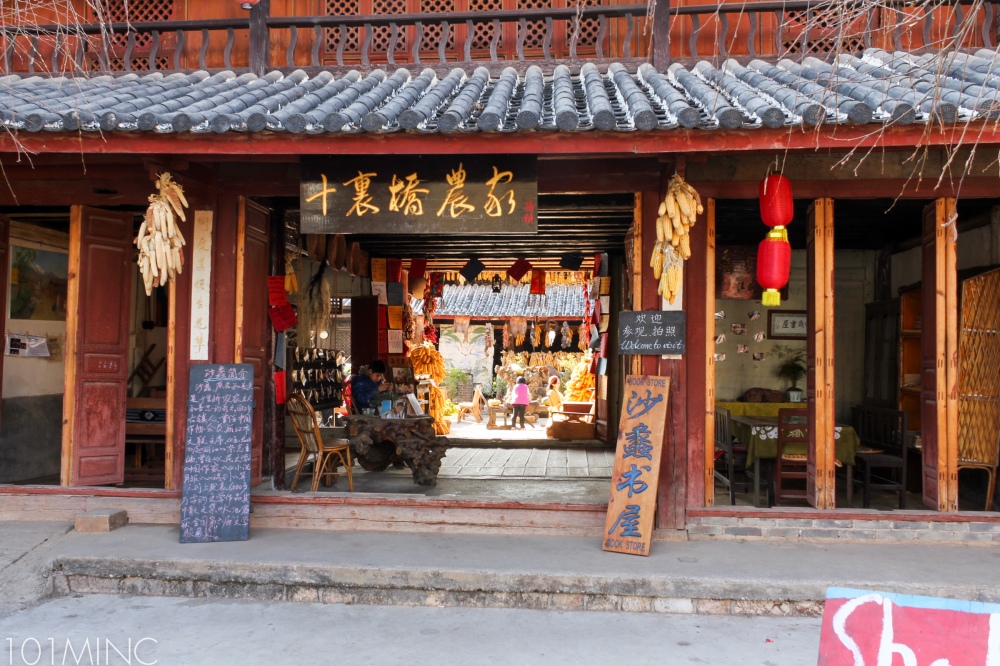 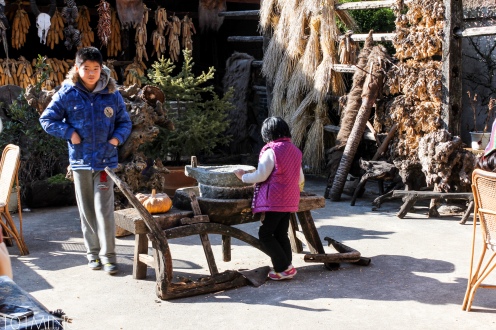 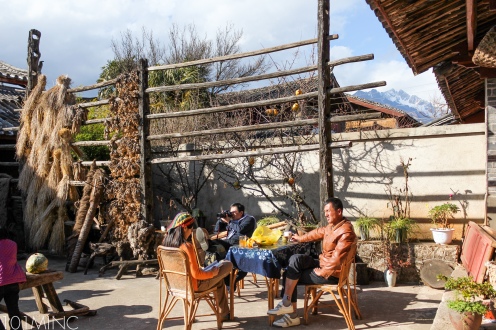 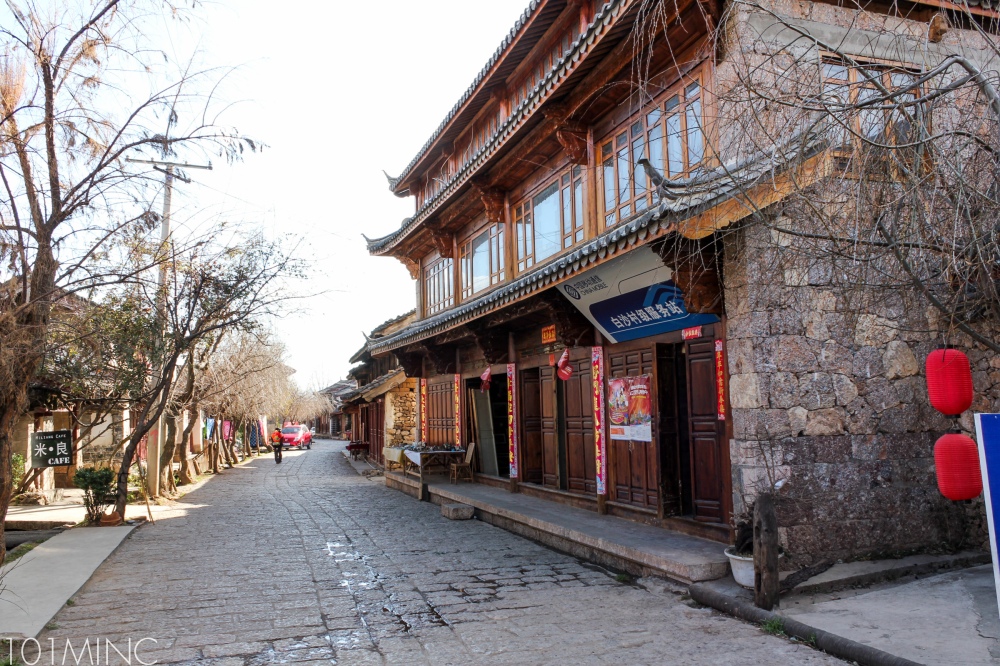 After lunch, we look around for the Baisha Naxi Embroidery Institute and found it a little bit hidden. Baisha (白沙) Village is also part of the village in Yunnan for the Silk Road and Chamada (茶马道, Tea and Horse), the ancient international trade roads.

The Southern Silk Road started from Myanmar to Lijiang, Shangri-la, Lhasa India, Iran, Israel and Mediterranean sea until the trade caravan reach Europe and African countries. The Southern Silk Road is formed 4 century BC, 400 years earlier than the Northern Silk Road. Tea, Silk and embroidery, marble, meat and horses, spice, precious stones etc are the goods exchange between the merchants spanning half the globe.

Naxi embroidery rich color and character in its folk culture style reached its height during the Ming Dynasty. The institute was closed during the Culture revolution and reopen in 2011 to preserve the Naxi embroidery tradition.

The class is currently not on session and the Mistress , Mrs. Ma, is on holiday. One of the attendant and also a student in the craft explains Mrs. Ma’s current project, which is a beautiful embroidery of the goddess of Tangka, a Buddhist Deity. 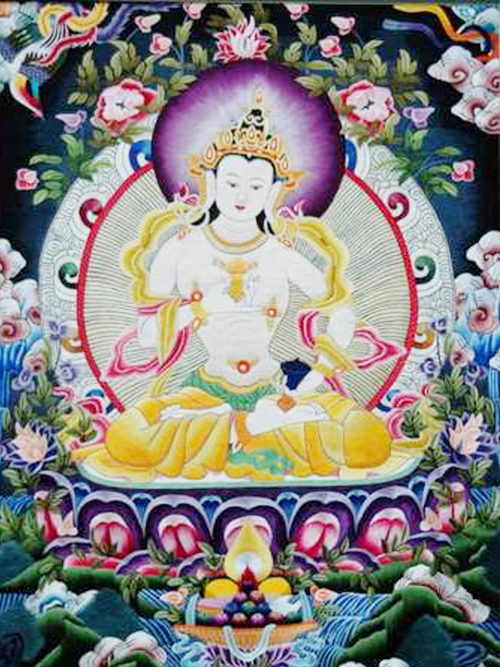 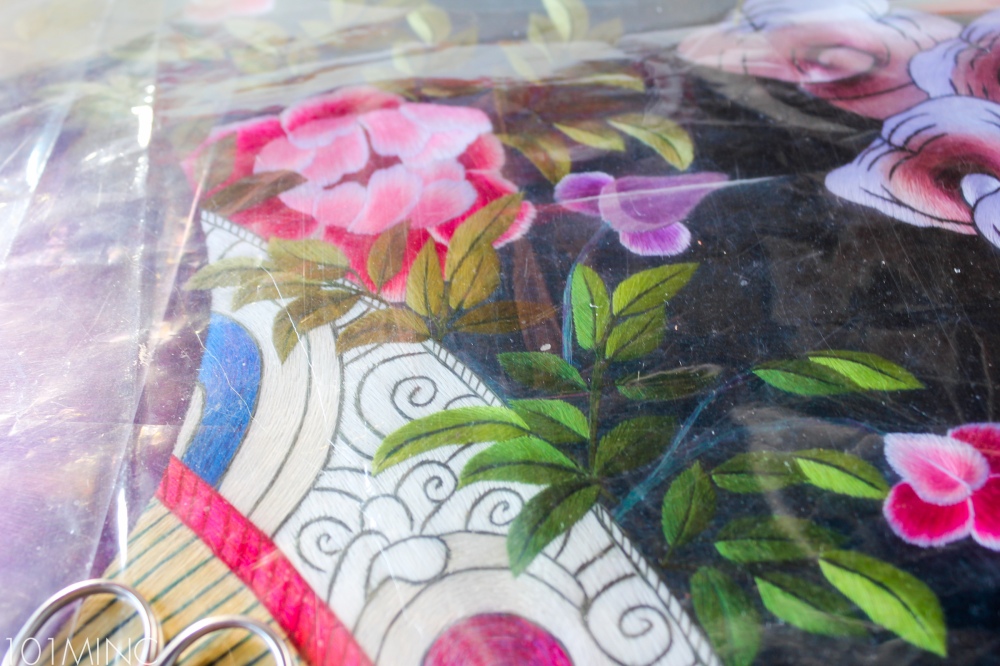 The finer the thread the more difficult and more finer and vibrant the ‘painting’ is. 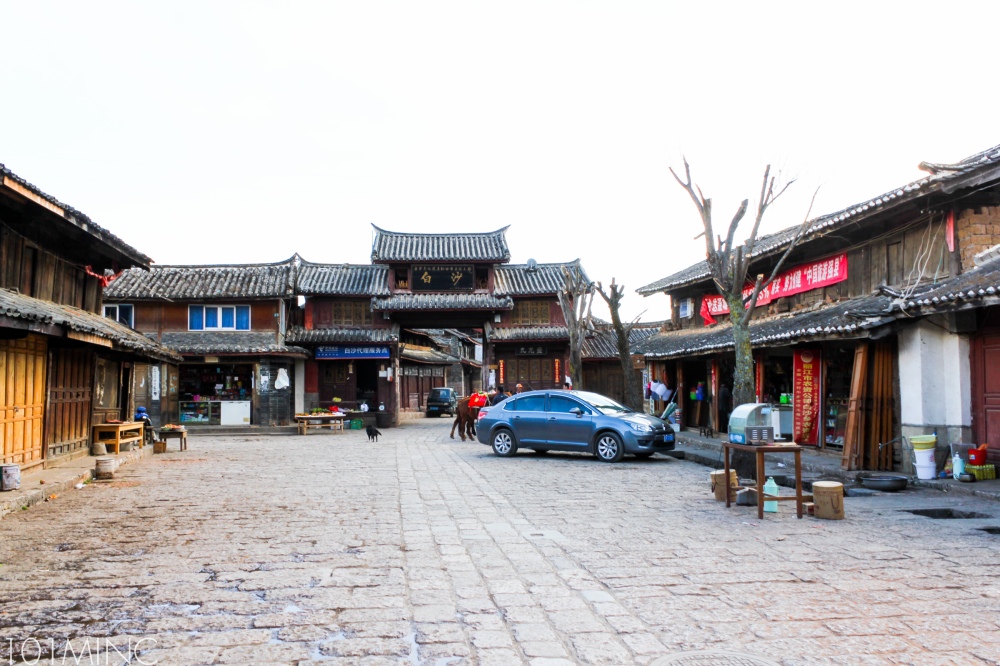 We return to Lijiang Old Town with the Bus #6 and have dinner there.