In my day trip to Suzhou (read here for the complete entry), Intan and I visit the Suzhou Silk Museum to see, at least, the exhibition on how the Chinese harvest the silk and weave it into cloth. The entrance is free of charge.

Silk in Suzhou, China, is known since the Tang and Song dynasties in the 4th BC. The area become “The Three Weaving Bureaus” in South Yangtze river and at its height in Ming and Qing dynasties. 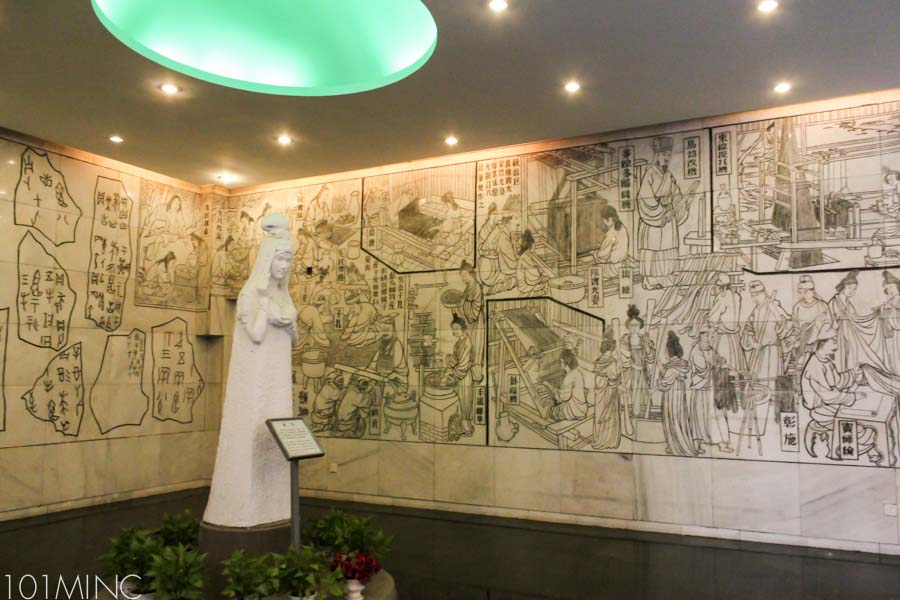 She’s credited for the begining of silk weaving with the first loom and silk sericature or silk farming. 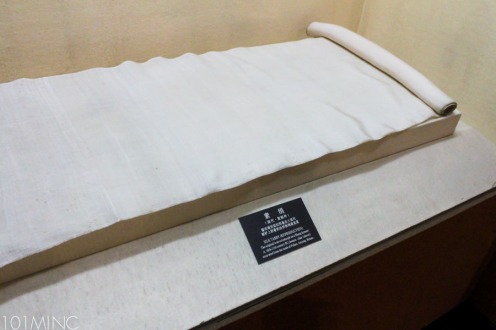 Beating up Par from Hemdu, Zhejiang and Silk Tabby from Shang Dynasty, escavated from the tomb of Fuhao, Anyang, Henan.

In the Silkworm reading room, a replicate of scenes for silk cultivation during the late Qing dynasty. 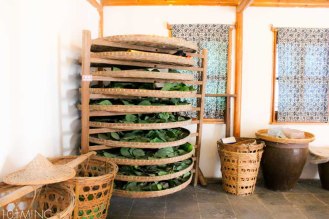 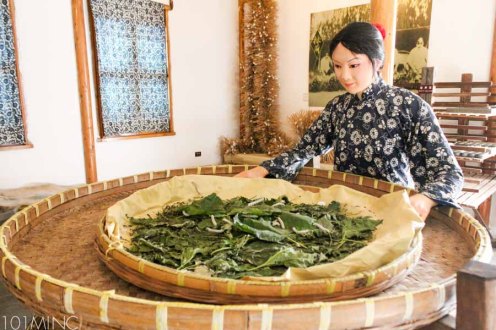 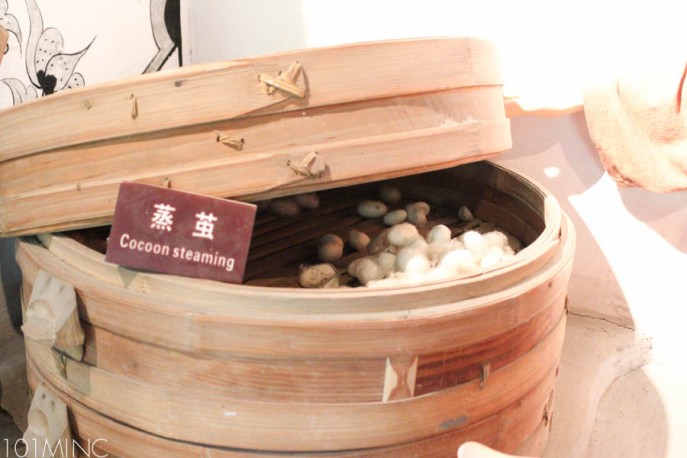 In the Silk weaving workshop, several looms in traditional silk weaving is on display. Several people are also working in a production or two. Mostly women, but there are a guy or two.

The ancient weaving tool. It’s larger than I expected. 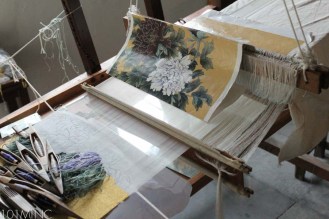 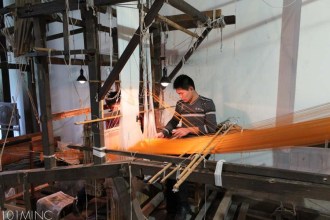 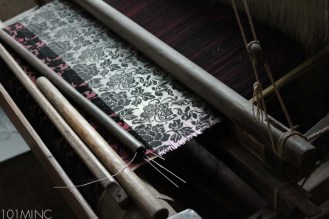 The patterns in geometric and nature inspired

In exhibition hall, some showcase of Sui, Tang, and the Five dynasties silk and clothing. In Song dynasty, silk production spread along the 3 famous centers, Suzhou, Hangzhou and Chengdu. Gold and Silver is also famous incorporated to the pattern in Yuan Dynasty. Silk fabric become Suzhou’s main trade at its highest peak in Ming and Qing dynasties and was used by the Imperial at that time. They varied between brocade, satin and velvet. 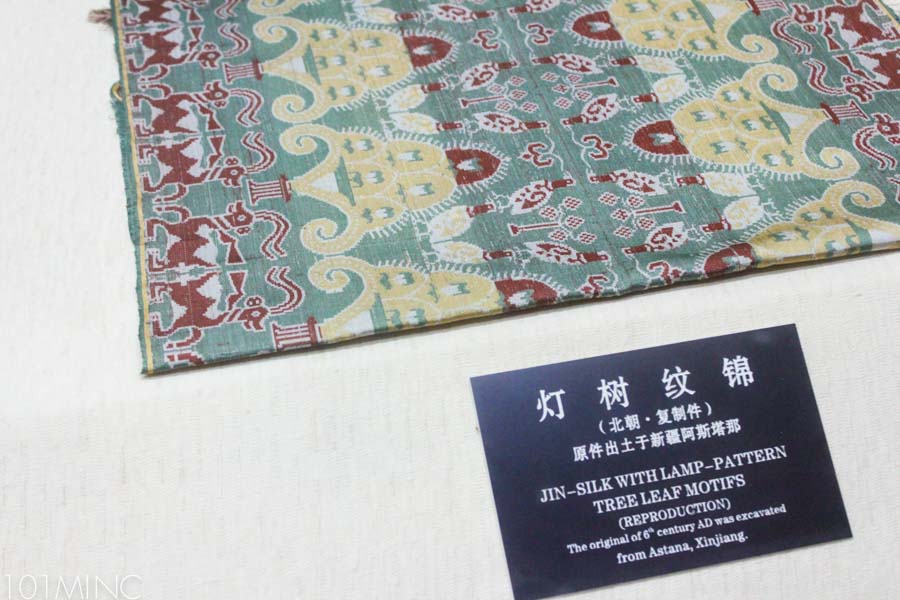 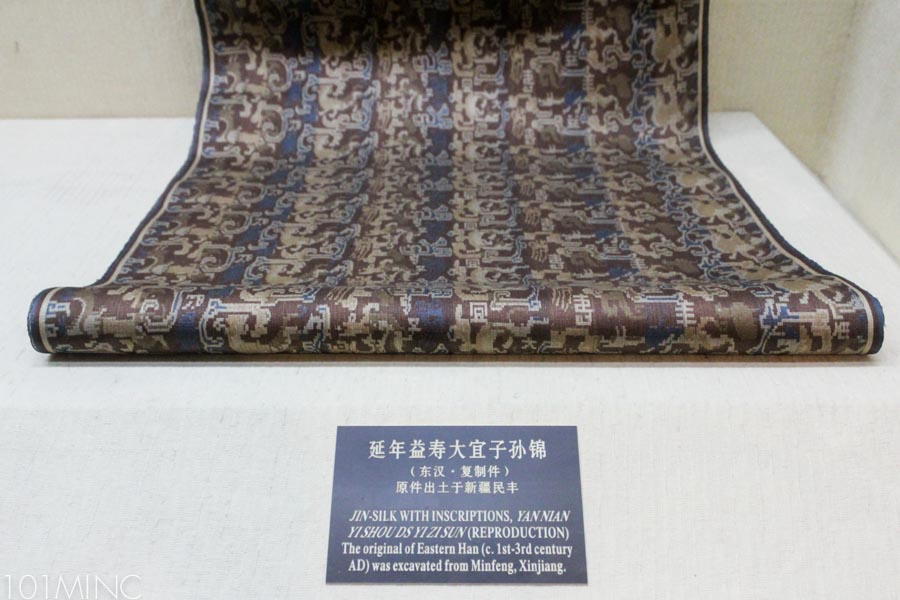 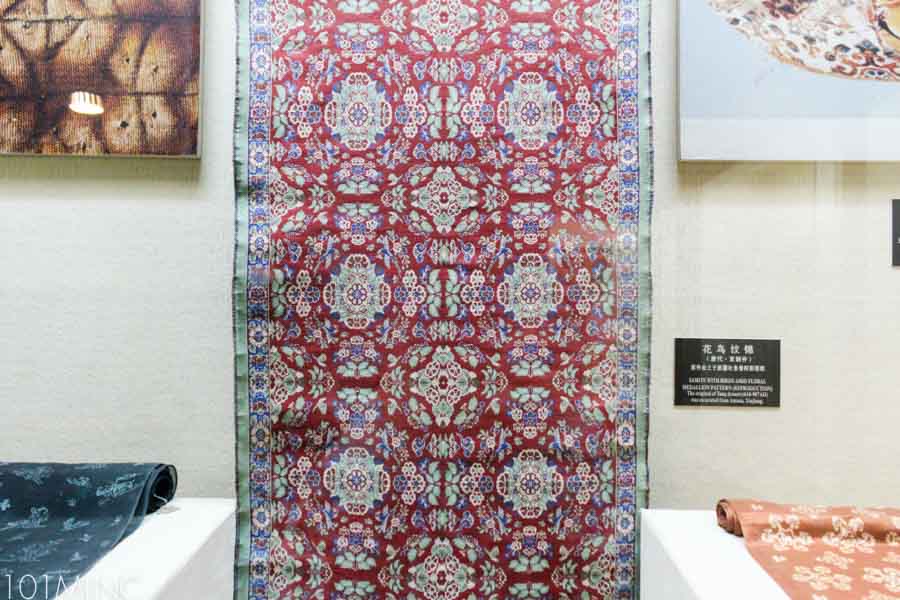 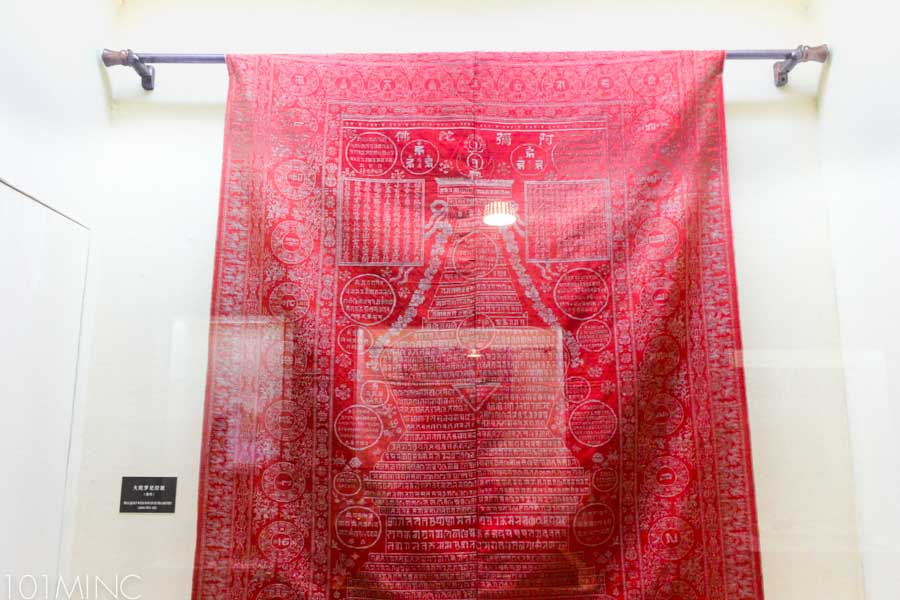 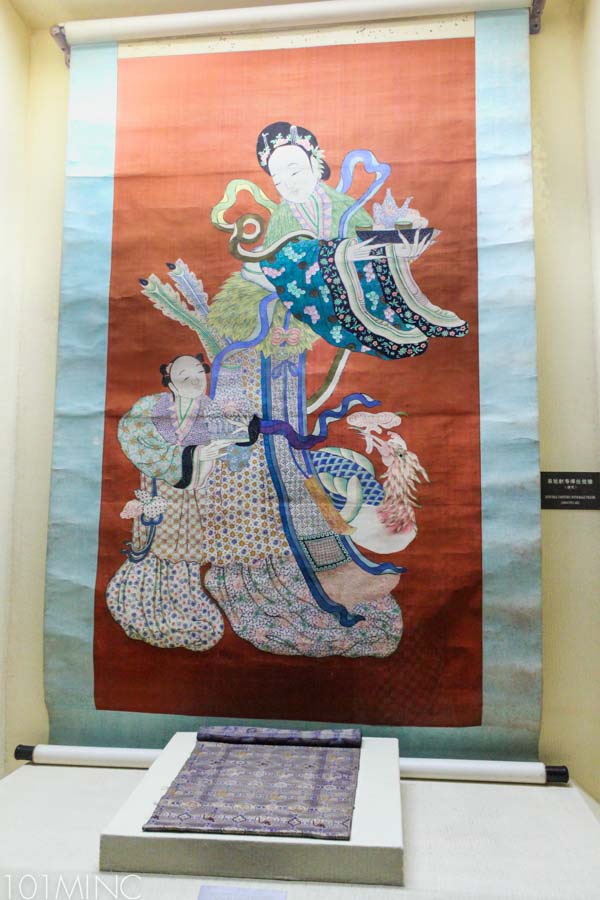 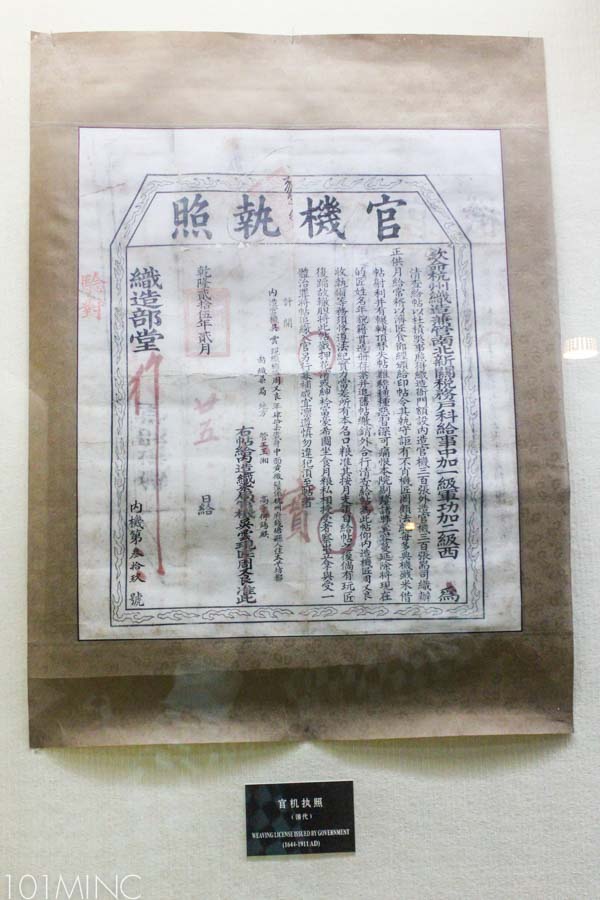 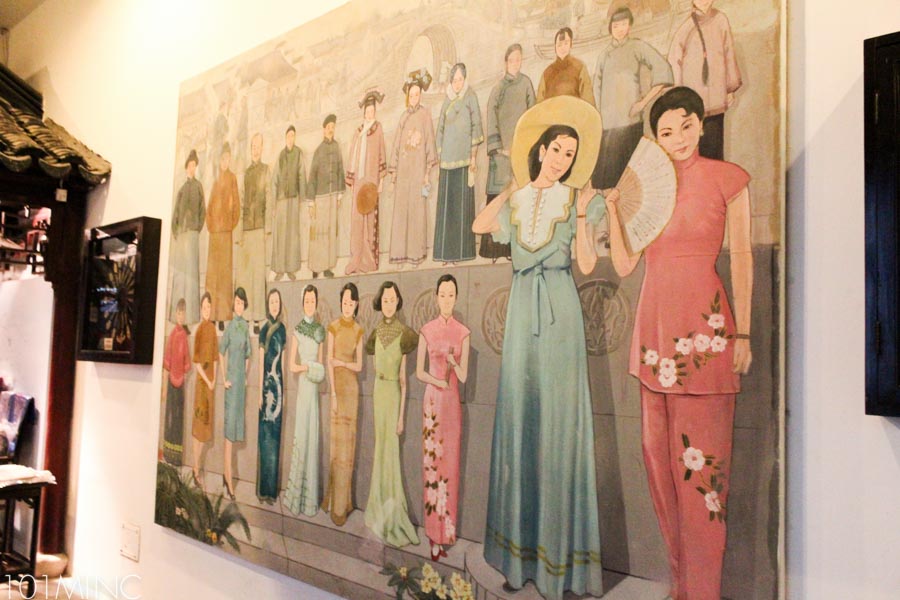 From the museum, we go to our next destination.