Short excursion with my housemates; Matti and Magda (or M&M’s, as our Landlady nicknamed them) to Qibao (七宝镇; 七寶鎮; Qībǎo Zhèn). The small ancient city is called “Seven Treasures Town.” We take the subway line 9 Shanghai Metro from Dapuqiao station to the city and take exit #2. The entrance is not far.

We come in at a bad time in the weekend. It’s very, very touristy. 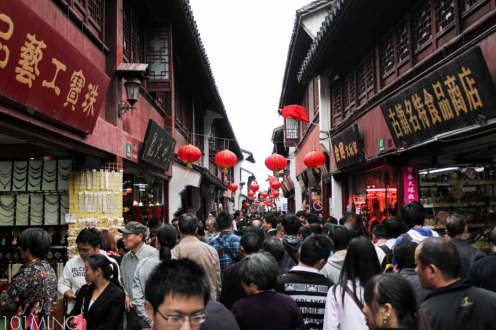 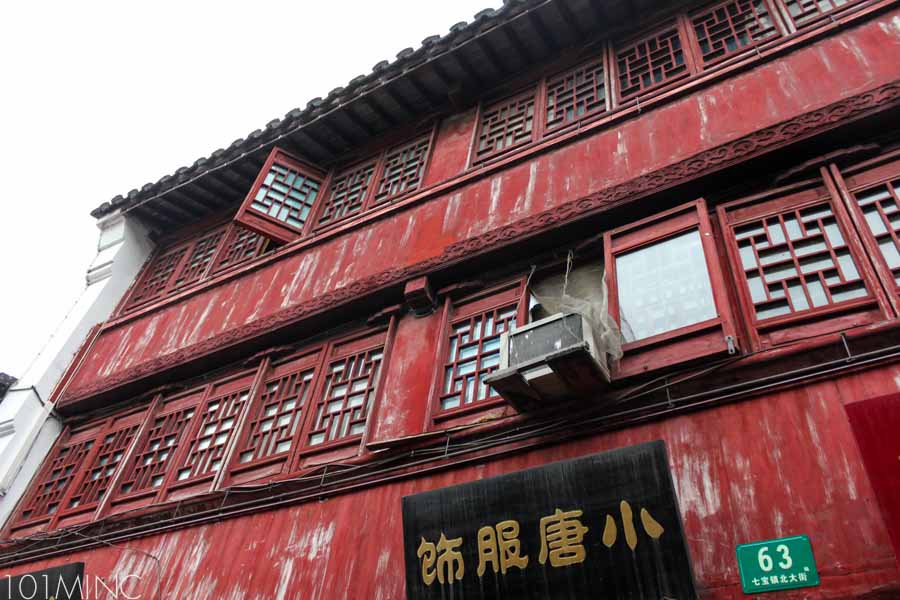 I love this red building/store 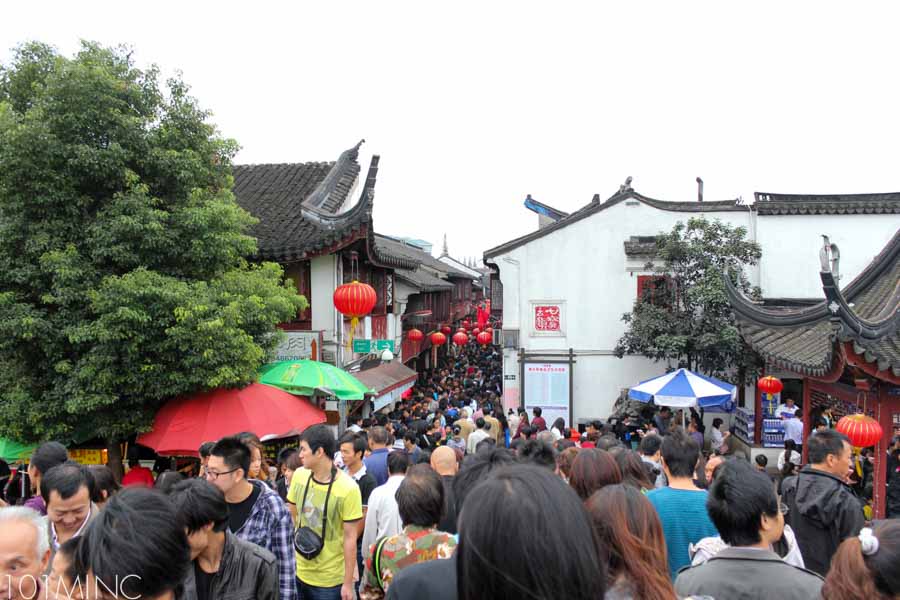 At this point, we can’t really do much. Not even looking for food. And I was looking forward for good cheap food, but alas, with this crowd, I can’t even see my feet.

So we just enjoy the view. At least there’s no traffic in the river. The two canals are a very short ride. It’s fun (?) for the locals at least. 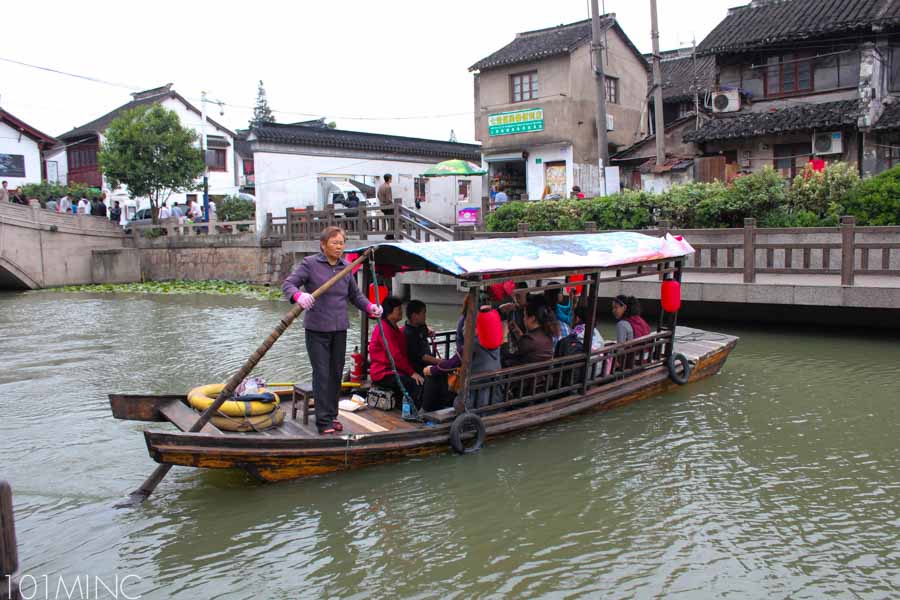 The settlement exists from the 10th century, in the era of the five Dynasty; Liang, Tang, Jin, Han, and Zhou until the Northern Song Dynasty, where a town was built around the Qibao Temple (hence, the name Qibao). It retained its Chinese architecture and some buildings have become museums/stores or a combination of the two. 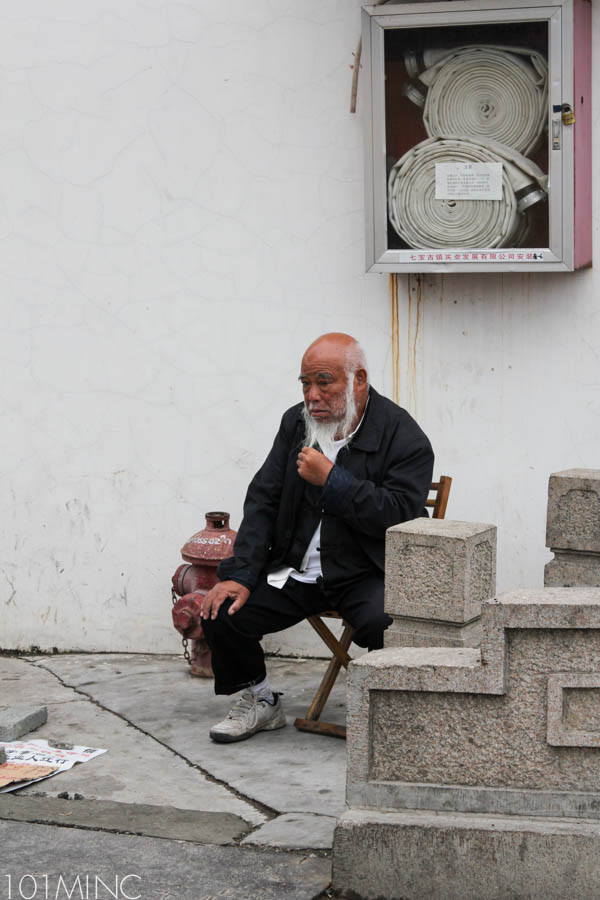 Since it’s starts raining, we decide to go back to the apartment and plan for the next trip before Matti and Magda return to Germany.

Our landlady, Ms. Polly and her father, take us to Shaxi (沙溪; Shāxī;) means “sand creek”, another ancient city near Shanghai. From the bus station at Shanghai Railway Station, we take the bus to Taicang and another short walk to Shaxi. While the city is under Suzhou jurisdiction, the city is closer to Shanghai with 1 hour bus ride than from Suzhou.

First, we have lunch. Ms. Polly and her father recommended this restaurant, which I think is famous for its Rou (扣肉) or pork dishes. 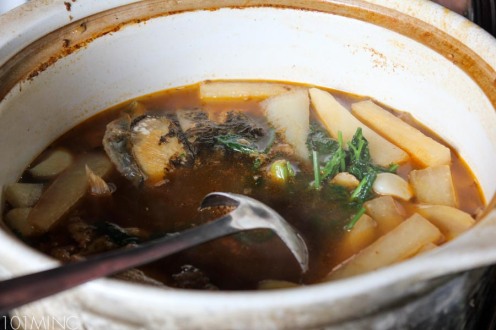 One thing for sure, eating Chinese food outside Shanghai is so much better. I think the vegetables are fresher too.

The history of the city noted from the 3rd century when the Eastern Wu built agriculture community here (in the age of the Three Kingdoms) and become an important port down the Yangtze river. It reached its peak during the Yuan Dynasty and Ming Dynasty. 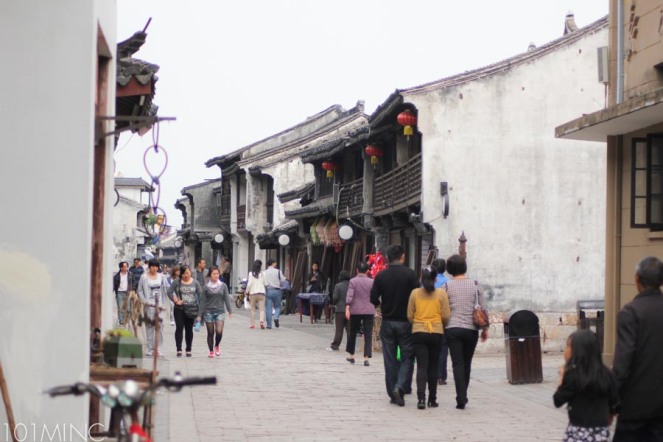 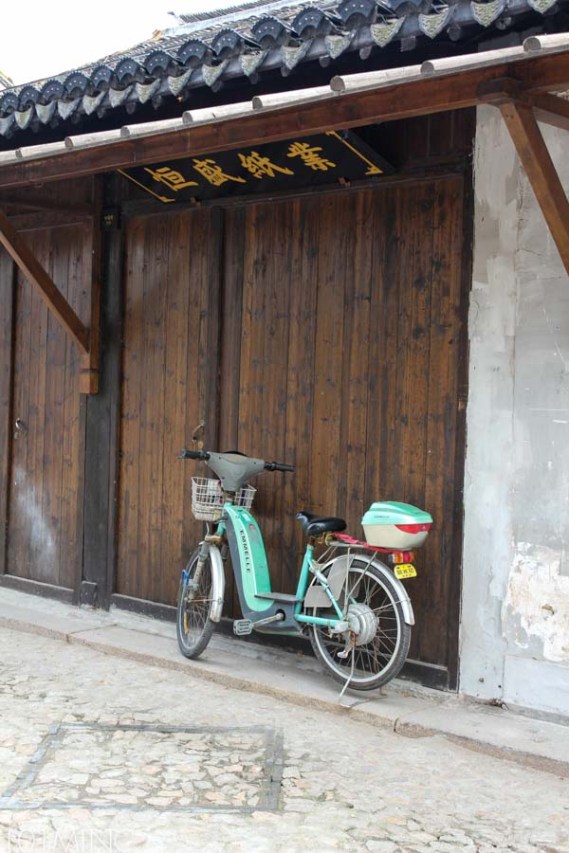 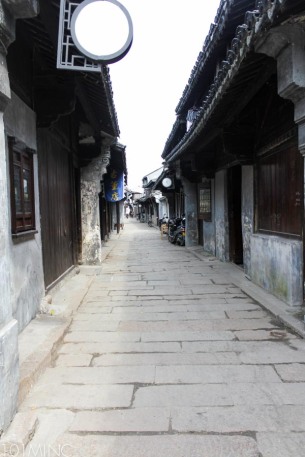 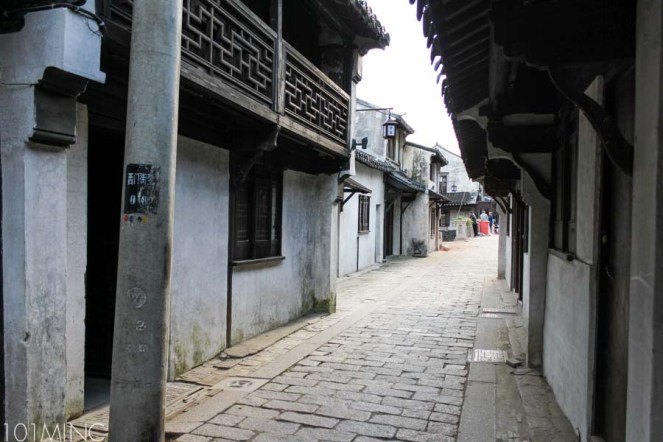 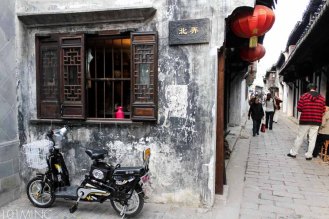 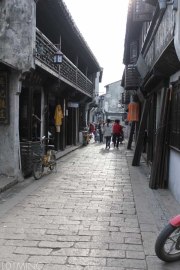 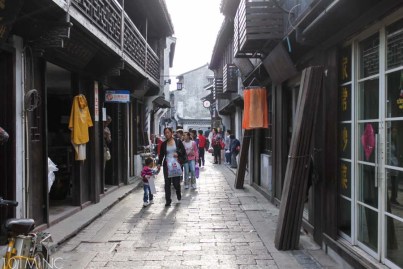 Shaxi has more authentic culture and local people doing their business. At least it’s not as ‘staged’ as so many touristic areas in China. Perhaps because it is yet filled with tourists and just a ‘possibility’ to become a tourist spot. 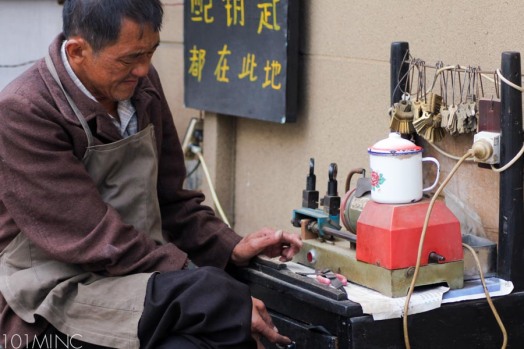 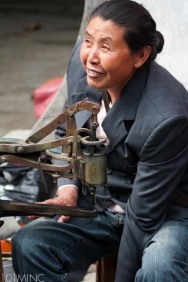 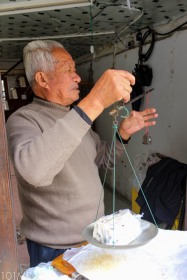 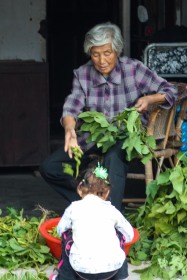 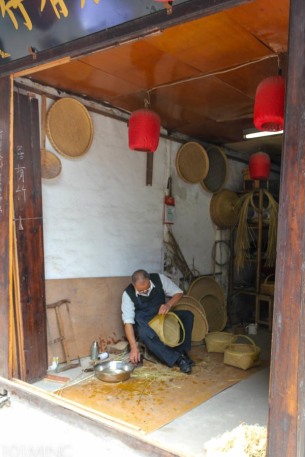 The old structures dated back from the Qing and Ming Dynasty and it’s preserved the authenticity for more than 1000 years of Chinese architecture from the Jiangsu province; with a little modernize dark tiled roofs, semi painted walls and wooden latticed windows. 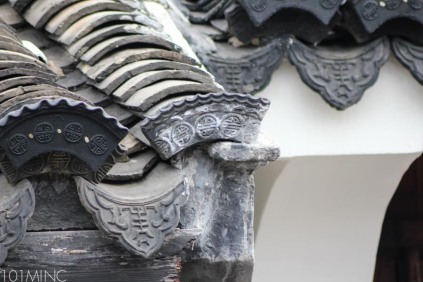 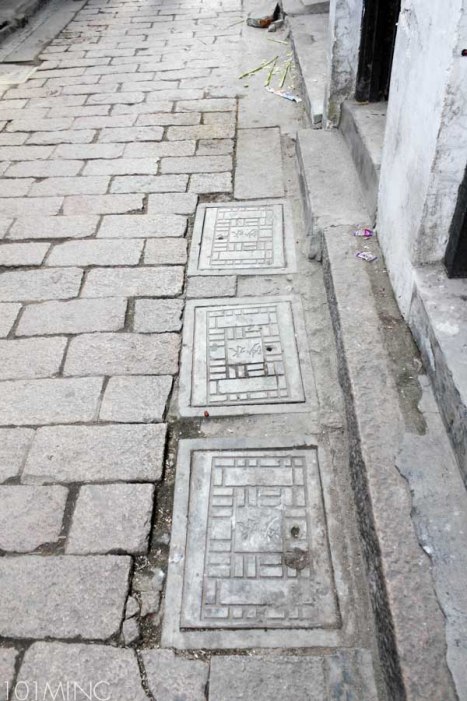 There are houses and mansions (mostly tea shops now) along the river. People can take boat rides here, that’s why the stone bridges in Ming dynasty have high arches. 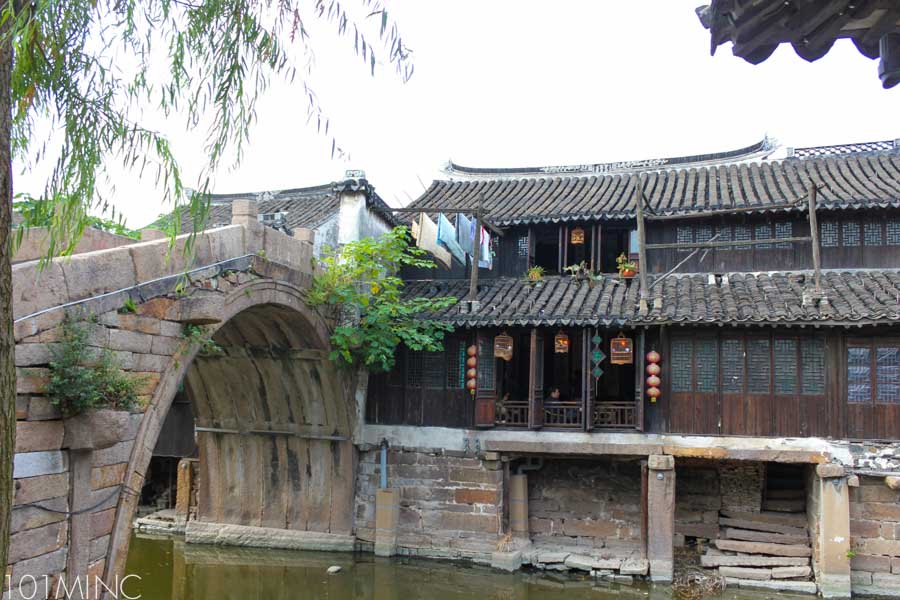 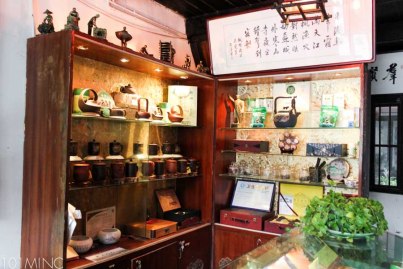 In the quiet afternoon, we take a break with some green tea and enjoy the music. Ms. Polly’s father entertained us with the host and his daughter, singing and playing traditional instruments. 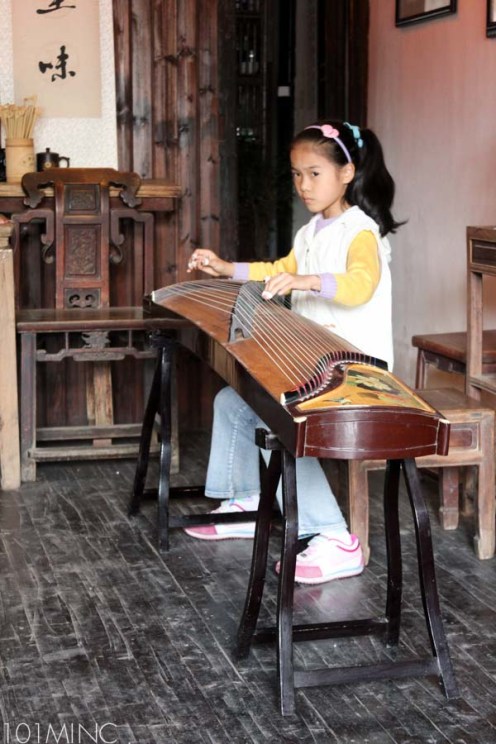 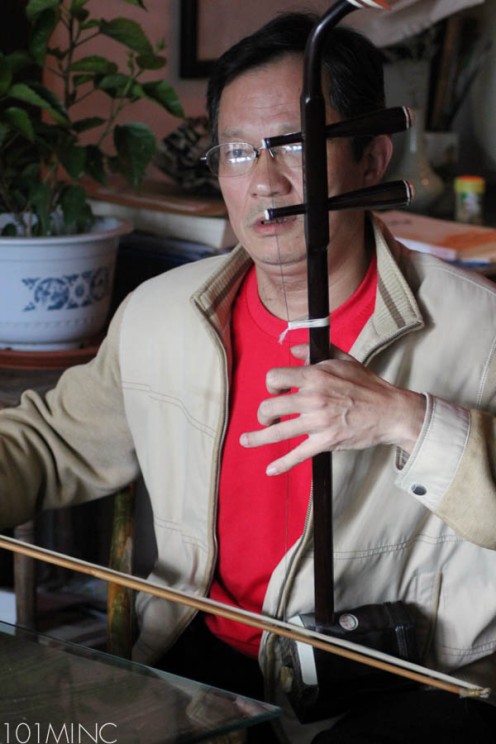 Short, sorry. Ziggy is not up to its memory card standard.

After we walk around some more and go back to Shanghai by bus. The city is recommended for people who likes quiet walk just to enjoy old city and less tourist. Food and drinks are cheaper, unless it’s pork. They are good though. 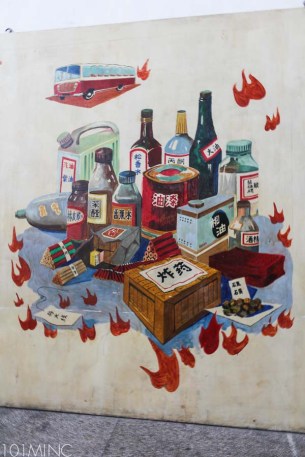